Cat with a poop problem

Hi, my name is June and I poop next to the litter box… Many of you that are following me for a while on Instagram know that I don’t have the best of luck with the litter box. And by that I mean I don’t always poop inside of it. And cat poop is not something humans want to see on their floor.

Unfortinately, we don’t really know when or how it started. All of a sudden I was pooping outside the litter box instead of in it when I was about two years old. And because the litter box was against our backyard door (it was against the cat hatch because I kept trying to open it with my nails) I pooped right in the kitchen. Not the nicest place for my humans to find my poopy. The funny part is, I always do a number one in the litter box. Thank god for that right? haha.

We of course went to the vet to try and find out what the problem is. The vet had a few (first) options:
– Change my food.
– Have an extra litter box

We tried both of the options but it didn’t work. The second litter box we put in the hallway next to the front door, but that only made me change my pooping area from kitchen to the front doormat. So when my humans came home, they had to be careful not to step into it..

We also tried to take the lit of the litter box, but that I hated even more because I like to scratch my litter box after I used it.

Did we find the answer?

The first week in our new house, it went very well. I used the litter box to poop in! But soon, it went wrong and my humans found my poop on the doormat by the front door.

To try something else, we changed the litter box. I now have one from Curver and it has a low entry. My old one had a very high one. Since I have a new litter box, nothing outside of the litter box has happened yet.

Maybe a lot of kitties do this, but I always scratch the door of my litter box when I’m done in it. I even did it when I was a little cat, watch here! Are there more kitties who do that? 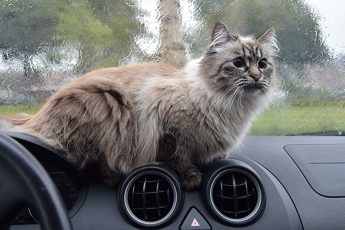 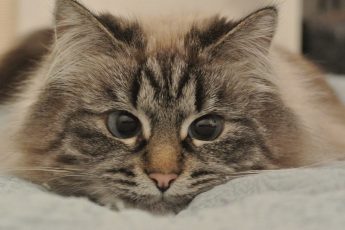 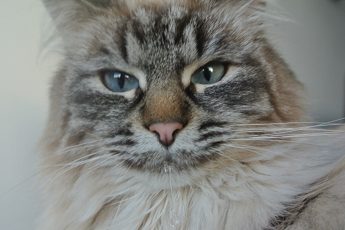