Today I saw a dove at my neighbors garden. Do you see the dove sitting there in this picture below? It was just mocking me. And as a cat I have a natural instict: I really wanted and needed to catch that dove! And in this case, by climbing a tree…

I had to be smart. Birds are so fast and well hello, they can fly! So guess what I did? I thought that by climbing a tree it would get me closer to the bird. But unfortunately that was a BIG MISTAKE, a really big mistake. I didn’t really think it through. It didn’t get me closer to the bird at all, because the bird was still at the other side of the garden that had no connection to the tree I just climbed.

Being up in that tree, I did get a great look over all the gardens! There where even some other birds who came sitting in the same tree above me. But.. how do you get out of a tree? That was the task I had to prepair myself for.

I just kept going from branch to branch (a little panicked) because I was anxious to jump down. It took me some time to get to the right spot where it was ok to take a jump out of it. My humans where just looking at me trying to get out and they even giggled sometimes, how rude right? I would like to see them climbing a tree and try to get out! But.. I was too far for them to help me, so I had to do it on my own.

And finally I did it! After a few rounds, I found the right spotto take a jump and found my way out with just a little bit of courage! 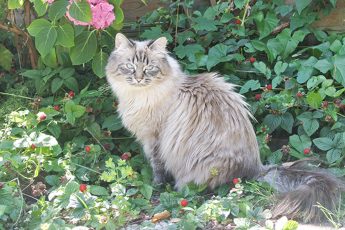 My new friend the hedgehog 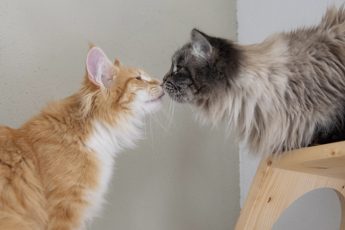 Baby brother on the way 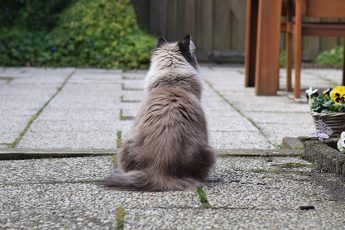 Tips for moving with your cat