Ever since I came to live in this neighborhood alsmost three years ago, everyone knows I’m the kitty that rules it muahaha! Sometimes I come across kitties that don’t know me yet, so I have to explain it.

I’ve met a lot of kitties here, because the neighborhood is filled with them. Last year there was one grey kitty that came by alot on my Instagram page. It’s a kitty we call Kovu (from the Lion King). We don’t know who he is from or if he has a home. I’m saying that because he was very thin, not helped (he had his balls) and even one time humom had to remove a tick from his neck. He came a lot in our backyard, always wanting some food. He even snuck into the house and ate out of MY bowl. We haven’t seen him in a while, so I hope he is ok!

Other kitties come and go:

There is another grey kitty that comes by. Also a he (because he also still has his balls) and he is a very scared cat. When humom gets to close, he runes off. But he does like to say Hi to us and take a peak in the garden.

There is an orange kitty that is new to the neighborhood. We’ve only seem him or her for a few months and only in the front garden. He or she is not scared, but also does not come when you call him or her. But humom can get a cuddle from him or her. And because it only comes in the front garden, humom holds me by the front door and we look how he or she just walkes through the gardens.

There is another orange kitty. He is an old kitty and has a very short tail and likes to get some cuddles from humom. But he doesn’t like me however. Whenever I get to close, he starts to hiss at me.

Today I met a black kitty. He or she was very scared. Whenever mom just did one step, it stepped back. At one moment there was a lady in the alley so that cat and I both wanted to run into MY backyard, but I wan’t cool with that so I strated hissing.We just looked at eachother from a distance for a while and then it ran off.

My favorite places to sleep 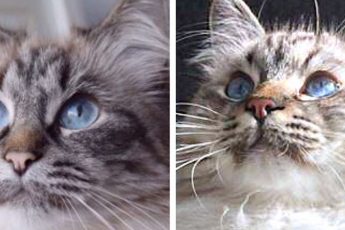 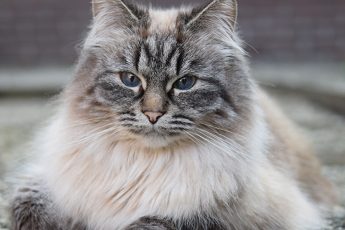