Last year we had new neighbors come live next door to us. And while renovating their garden, and the fence between us being down, we noticed a new visitor in our garden.

Meet my new neighbor named Sup. It is a nickname, his original name is Jim. They shortened it from Earthworm Jim which in Dutch is Superworm Jim (so Sup instead of Super). But they now only call him Sup!

He is a 14 year old British shorthair. And some of you may have noticed, but he is little sick. He has a chronic cold so he is sneezing all the time and has lot of snot coming out of his nose.

But because he was getting pretty close to me, as a precaution humom took me to the vet for a check up and update my vacination against the cat flu. There is nothing wrong with me yet, but better save than sorry.

Beside Sup being a bit sick, he is actually doing pawesome for a 14-year-old. He still climbs the fences like a little kitten (I don’t even do that). Humom does help him out of the gardens sometimes by opening the gate, but that’s more because she doesn’t want him to put his body through that (even though he purrfectly can).

Ever since the fence was down for a while between us, Sup noticed how nice it is to visit us and he has been ever since! It did get a little tense when Brutus noticed our new visitor because he can be a little over protective of his domain. Sup pretty much ignored it and thankfully they never faught (yet). However can still be a bit mean and meow at Sup (and getting a big tail while doing that).

Now both Brutus and Sup visit my garden on a daily basis and we’re like the three Musketeers! 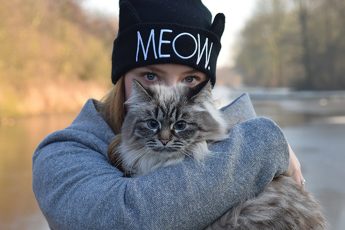 Signs you are a crazy cat lady 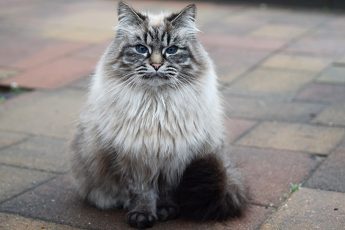 How I get my fur this fabulous 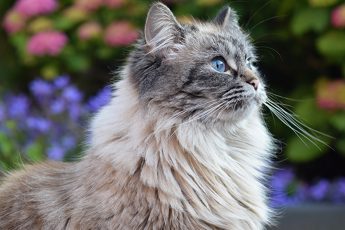