To the vet yet again

As you read in my previous blogpost I had to go to the vet because I was screaming when being picked up and touched on my right back leg. The vet couldn’t find what the problem was and I was send home with some medicin (because I did have a fever).

I was doing ok

I did have a little wound on my leg that humom found while we were in the waiting room, but it was very tiny and the vet cleaned it.

When we got home I felt good right away. So following three days after this visit, humom gave me the medicin. After that time they stopped because I was doing better and seemed ‘normal’ again.

The pain was back

But past thursday it went wrong again. Usually I’m energetic when my humans get home. I always greet them at the front door. So when humom came home and I was still on the couch looking sad, tired and just snoozing away, that was odd.

The whole evening I was like that. Humom started to sit with me and cuddle me. And after a while I didn’t want her to touch my right back leg again. That made her look at the wound we found and the vet that day. The vet did shave the hair around it, so it was clear to see (still hard to find sometimes beneath all my fur). That little wound looked fine, but she noticed another wound had appeared right next to it.

When she wanted to move the hair aside to look at that wound, pus just came rolling out of me. it was a lot… They tried to clean it as good as they could, but I was very mad and it hurt a lot when they touched it.

The next day we went to the vet agian. Turned out I had an abcess. So that is also the reason why I wasn’t doing well that past Caturday. The vet cleaned everything and my humans had to still give me the medicine.

I’m doing ok now. There are still three little wounds on my hip (one of them being a whole), but it’s healing up nicely. The humans just have to keep an eye on me and the wound and all will be ok.

We’re not sure what caused it. Could be from like a fight with another cat or falling down from somewhere. We cats like to have our secrets, so they will never know. 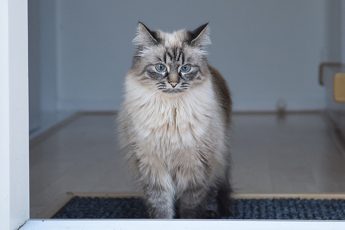 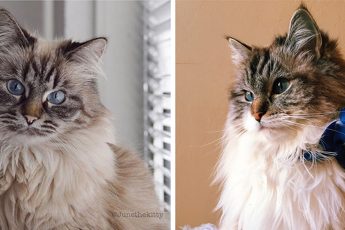 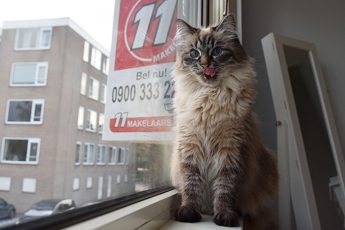 We're moving to a new house