We are ninja cats

Everybody is Kung Fu fighting, these cats are fast as lighting..

For those of you who have been following me on Instagram for a while, you know I’m known for my amazing ninja moves. Ever since Brutus, our neighbor cat, came into my life we have been practicing non stop! And Jazz has also joined the ninja party ever since she has been able to go outside. We thought it would be fun to show you our best moves over the past few years. 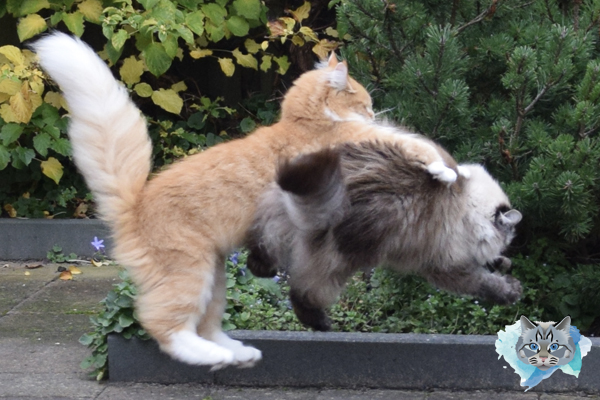 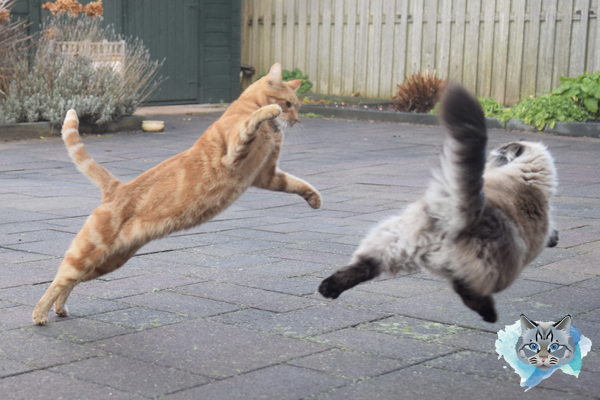 A little introduction for those who don’t know him yet. Brutus is our neighbor! He is a ginger born in 2017 and lives in the house that is attached to our garden at the back. Brutus and I first met back in 2018 and ever since he’s been coming to our garden every day.

What started out with getting to know each other by gently sniffing changed into epic ninja battles we share almost every day.

Once Jazz was allowed to go outside, she instantly wanted to join the pawty. We teached her a few moves and now she is a junior ninja. 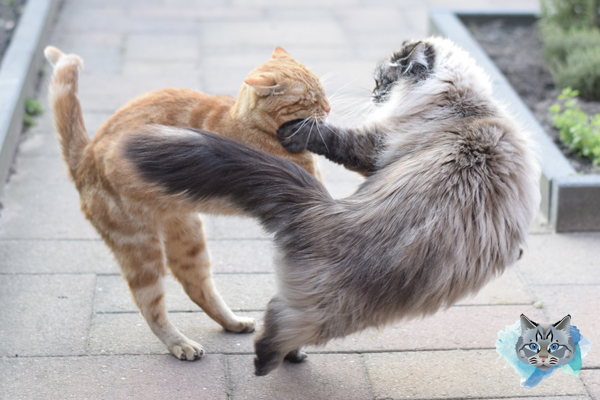 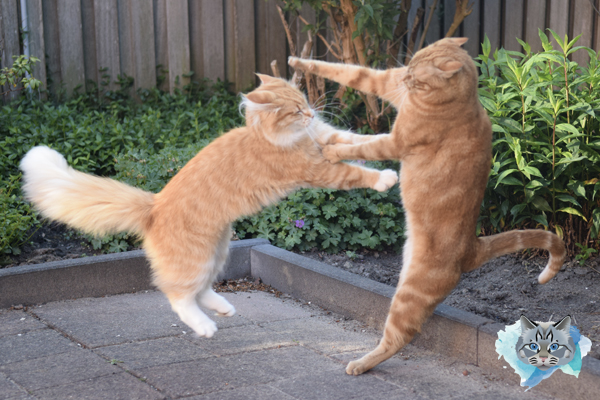 Over the past few years I have developed some signature moves during my ninja battles. Did you notice? The moves I do the most are:

Watch all my moves in the compilation videos below! 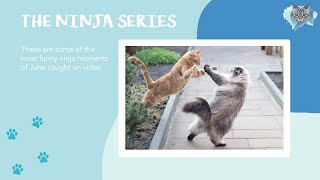 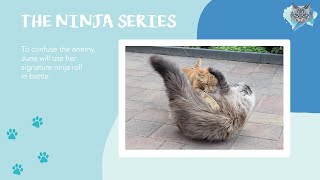 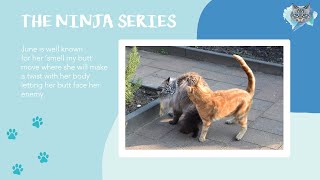 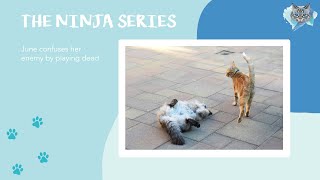 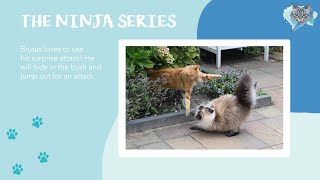 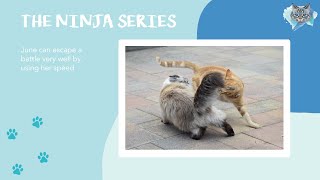 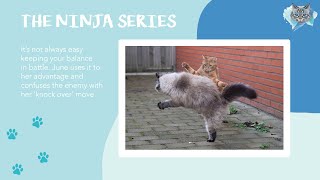 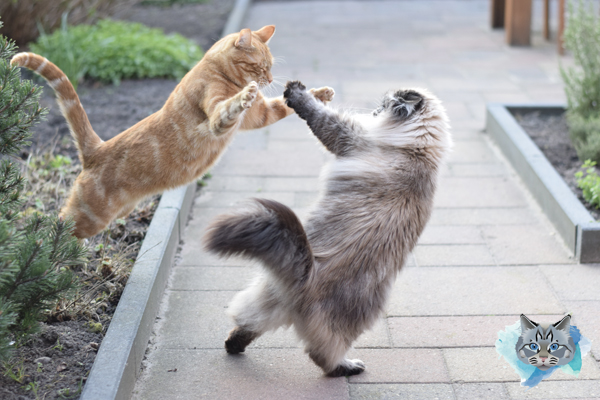 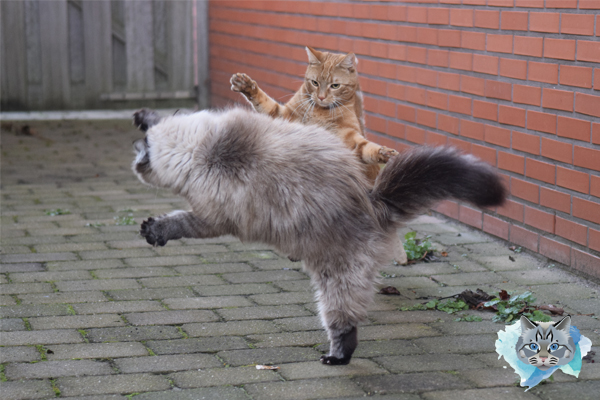 Playing ninja with Jazz is a whole other game. Jazz has a lot of energy! She is still learning, but has developed a few signature moves (and also copied a bit from us):

Watch all these moves in the compilation videos below! 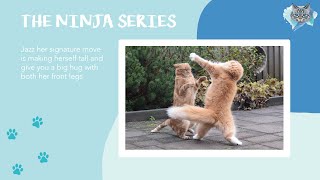 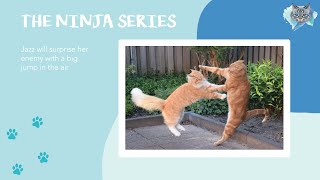 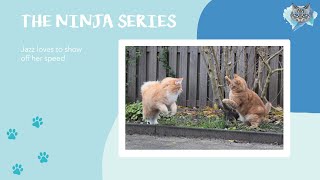 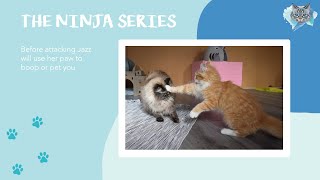 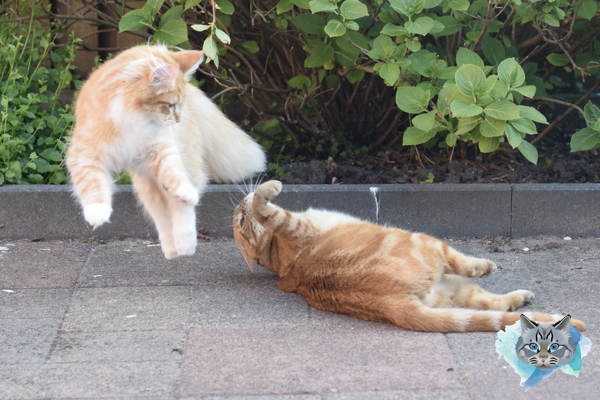 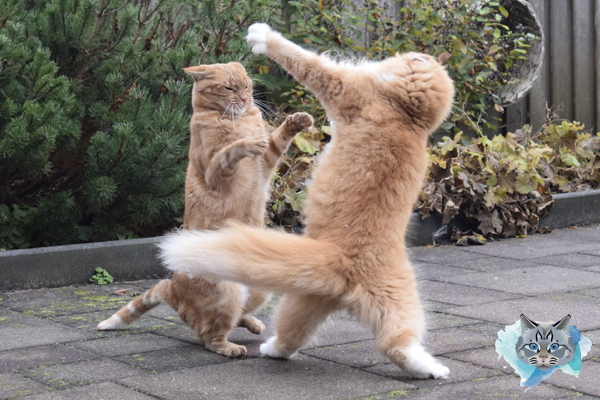 Brutus is mostly the beginning factor of every ninja fight. He loves to play and also has a few moves that he loves to do:

Watch these moves in the compilation videos below! 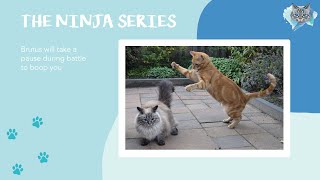 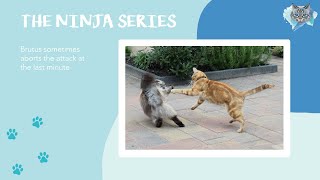 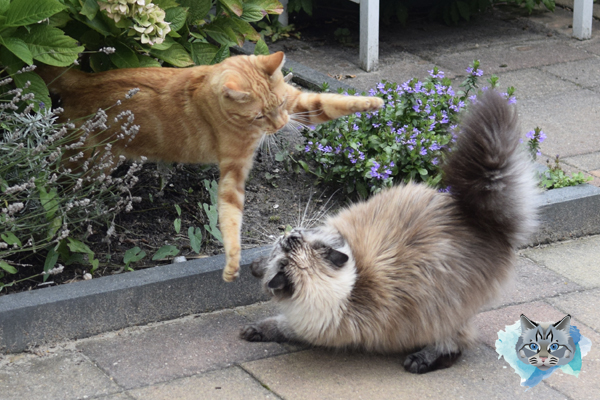 Is your kitty a ninja too? 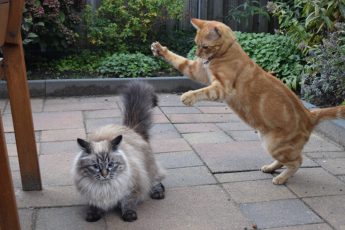 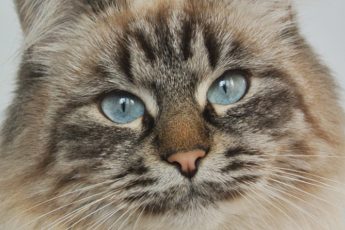 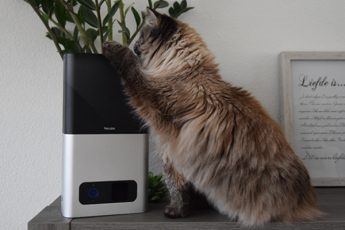